1. At the Constitutional Convention in 1787 some delegates thought the common people weren’t intelligent enough or educated enough to make good choices for president and would be too easily swayed by a conniving demagogue. (Some people feel the same way today.)

2. But there was a much bigger problem: the poor transportation and communication in 1787. Most at the convention thought the people wouldn’t be informed or knowledgeable enough of presidential candidates outside of their own state to evaluate them effectively.

“In fact, only a small minority of delegates [at the Constitutional Convention] believed that the ordinary citizens of America were insufficiently intelligent to make a wise choice for their president….Rather, nearly all of the delegates–with the notable exception of Wilson–believed that the sheer expanse of America would frustrate any effort to create an informed electorate.” (Source: Plain, Honest Men by Richard Beeman, Professor of History, Univ. of Pennsylvania, p. 130-131)

In 1787 George Washington went to the Constitutional Convention in Philadelphia from his home in Virginia by horse drawn carriage. The 150 miles took five days. That’s not 30 miles an hour, that’s 30 miles a day. Imagine how long it would take in 1787 to travel the 1100 miles from Portland, Maine to Savannah, Georgia to learn about a potential presidential candidate from the other state. And this was in a time when many voters had never been out of their home state in their entire lives. (Source needed) 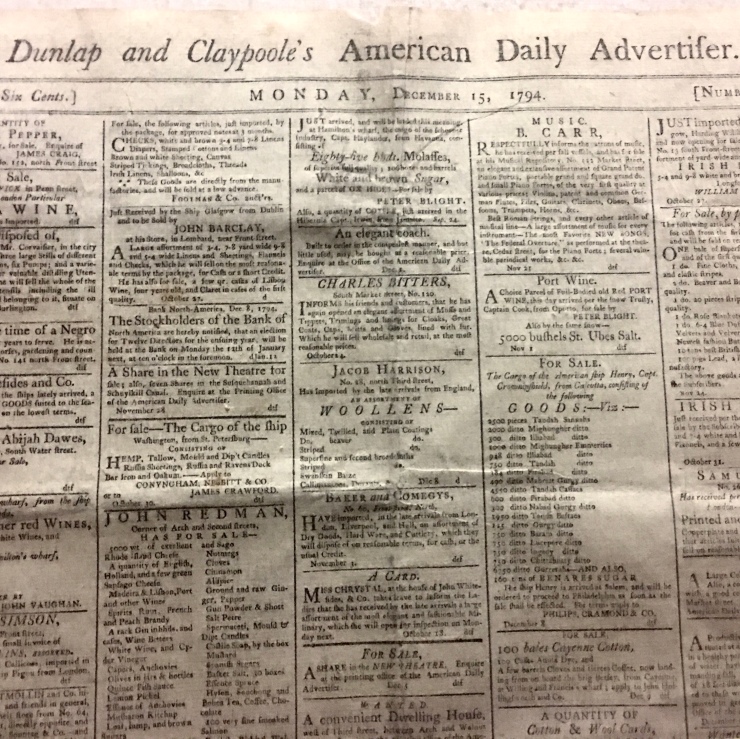 The “Mass Media” were 2-4 page weekly newspapers available only in the larger cities and towns that could be distributed only as fast as a horse or a sailing ship could travel. And 10% of the people in the Northern states were illiterate and 30% in the Southern states. (Source needed)

3. There was another big problem with direct popular vote for president: slavery. About 30% of the population in the Southern states were slaves and of course couldn’t vote. This meant that Northern states would have more voters to vote for their own interests than Southern states.

Popular vote for president was voted down 9 states to 1! (Of the 9 no votes 5 were from Southern slave states, three from small (non slave) states and one large state, Massachusetts.)

4. The small states were afraid of always being outvoted by the big population states. In 1787 Virginia, the largest state, was 10 times as big as Delaware, the smallest state based on the number of members in the House of Representatives(10 to 1).

Today California, the biggest state, is 68 times as big as Wyoming, the smallest state, by population. But California has only 52 times as many Representatives in the U.S. House as Wyoming, the smallest state, (52 to 1). This also means that California has only 52 times as many Electors in the Electoral college for each of their Representatives (Both states have two equal Electors for each of their members in the Senate).

5. The wealthy, well educated and well travelled “elites”, most of the delegates at the convention, liked the Electoral College because it prevented the “ignorant poor” from electing a president that favored “Leveling Laws” that redistributed wealth from the “elites” to the poorer “average citizens“ (18th Century version of socialism)

Needed: Comparison of % of White Males 21+ unable to vote because of property requirements in both North & South .

And that’s why in 1787 the Founding Fathers didn’t want the people to elect the president in a direct popular election.